Home  >  Disability   >  Can I Collect Disability If I Worked After I Became Disabled?

Can I Collect Disability If I Worked After I Became Disabled?

As outlined in our prior blog on the Sequential Evaluation Process here, a claimant will generally be denied benefits if it is determined that he or she is engaging in substantial gainful activity. We also discussed an exception to this general rule in our Unsuccessful Work Attempt Blog here.

There are other circumstances that permit the Social Security Administration (SSA) to award disability benefits to an individual exceeding the limits set for substantial gainful activity ($1,170 for 2017). For example, a disabled individual is permitted an opportunity to test his or her ability to work without jeopardizing benefits during the Trial Work Period (TWP). The TWP applies only to  Social Security disability insurance (SSDI) claims and not to Supplemental Security Income (SSI).

You will be determined to have engaged in a Trial Work Period (TWP) in any month in which your earnings exceed $840 in 2017. A TWP cannot start before you file your application for benefits or before you become entitled to benefits.

After your TWP ends you may still be eligible for benefits based on an Extended Period of Eligibility (EPE). During your EPE, your eligibility for SSDI is determined on a month-to-month basis. If you are below the SGA amount for that month, you can still receive your SSDI check. If you fall below SGA at any time in the 36 months following the end of your TWP, your benefits can be reinstated.

Please feel free to consult with Green & Greenberg if you have any questions about TWP or work activity during the pendency of your claim for disability benefits. 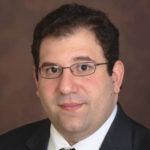